The history of Indonesia can be described as the beginning of mankind, as the remains of the early man were excavated there. In the ancient times of kingdoms and empires, Indonesia saw the rise of the great empires that ruled almost all of Southeast Asia and played a key role in the history of the region. After independence from colonization and the wave of the two world wars, Indonesia is a united country and still lives in the nations of the world today. 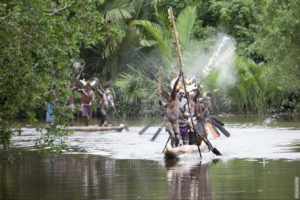 Fossilized remains of Homo erectus and his tools, popularly known as “Java Man” in the archaeological site of Sangiran in Central Java, suggest that the Indonesian archipelago was dated 1.5 million years ago by “early man.” “was inhabited. Recently the fossil of Homo floresiensisor, nicknamed “Hobbit Man”, was discovered in Liang Bua on Flores Island. It is also believed to be one of the ancestors of modern man.

Epoch of kings and sultans 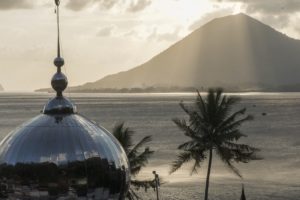 Chinese chronicles mention that trade between India, China and the islands within what is now the Indonesian archipelago has flourished since the first century AD. The mighty maritime empire of Srivijaya in southern Sumatra, which ruled the Sumatran Seas and the Malacca Strait from the 7th to the 13th centuries, was the center of Buddhist learning and famous for its wealth. In the 8th-9th In the 19th century, the Sailendra Dynasty of the Mataram Kingdom in Central Java built the magnificent Borobudur Buddhist Temple in Central Java, followed by the construction of the Hindu Prambanan Temple.

From 1294 to the 15th century, the mighty Majapahit Kingdom in East Java held a large part of this archipelago. In the meantime, small and large sultanates lived on many islands of the archipelago, from Sumatra to Java and Bali to Kalimantan, Sulawesi, Ternate and the Moluccas, especially after the arrival of Islam in the 13th century. 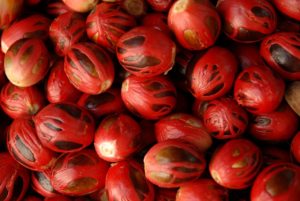 After Marco Polo’s arrival in Sumatra, successive waves of Europeans – the Portuguese, Spanish, Dutch and British – attempted to dominate the spice trade at its sources, which began in the Moluccas or the Moluccas Islands in Indonesia in the 16th century. In 1596 the first Dutch ships anchored on the banks of West Java after a long voyage. Over the next three centuries, the Dutch gradually colonized this archipelago until it became known as the Dutch East Indies.

The emergence of Indonesia and the declaration of independence 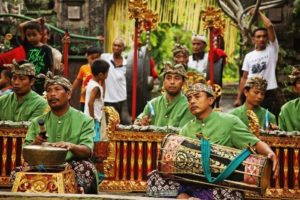 The revolt against the oppressive colonizers was soon built across the country. In their youth vow of 1928, the Indonesian youth swore together “one country, one nation and one language: Indonesia” in what was then known as the Dutch East Indies, regardless of race, religion, language or ethnic background. Finally, on August 17, 1945, after the Japanese were defeated in World War II, the Indonesian people declared their independence through their leaders Soekarno and Hatta. Freedom, however, was not easy to grant. It was only after years of bloody fighting that the Dutch government finally gave in and officially recognized Indonesia’s independence in 1950. The Indonesian nation, which lives on more than 13,400 islands, now has a population of around 200 million, comprising more than 200 ethnic groups with their own languages ​​and dialects, from Javanese (about 70 million) and Sundanese (about 30 million) in Java to to peoples on a thousand other distant islands. After independence in 1945, people of different ethnic groups merged the population into a more coherent Indonesian nation through marriage. The majority of the population comprises Islam while the Hindu religion predominates in Bali. Most are Catholics or evangelists in areas such as Minahasa in North Sulawesi, the Toraja Highlands in South Sulawesi, on the Nusatenggara Islands in the east and in large parts of Papua, in the Batak Highlands and on the island of Nias in North Sumatra . By and large, Indonesians are believers in nature. 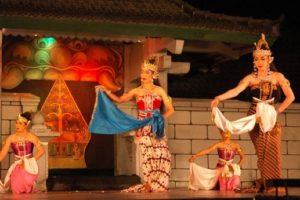 And, according to the Pancasila, there are five principles of the nation, namely the belief in the One and Only God, a just and civilized humanity, the unity of Indonesia, democracy through unanimous deliberations and social justice for all, open and tolerant of religion , staying true to the manners and customs of others while remaining true to their own. The Indonesian coat of arms also bears the motto: Bhinneka Tunggal Ika, “Unity in Diversity” ..

Copyright © Official website of the Ministry of Tourism, Republic of Indonesia