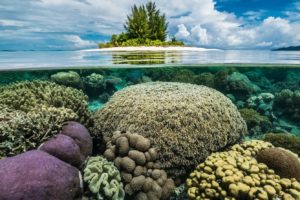 The climate in Indonesia is almost exclusively tropical. The evenly warm water, which makes up 81% of the area of Indonesia, ensures that the temperatures on land remain relatively constant. The coastal plains average 28 ° C, the inland and mountain regions average 26 ° C and the higher mountain regions 23 ° C. The temperatures vary little from season to season, and in Indonesia the difference in daylight duration is relatively low from season to season. 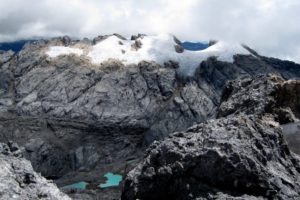 The main variable of the Indonesian climate is not temperature or air pressure, but precipitation. The relative humidity is between 70 and 90 percent. Although the air temperature changes little from season to season or from region to region, the temperatures at higher altitudes are cooler. In general, temperatures drop about 1 ° C for every 90-meter rise in elevation from sea level, with some high altitude inner mountain regions experiencing night frosts. 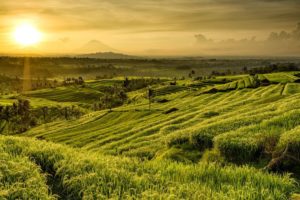 Since it is a tropical country, there is no spring, summer, autumn or winter in Indonesia, but only the two seasons, rainy and dry, which are both relative. While there are wide regional variations, most of the country (including Java and Bali) has the dry season from April to October, while the rainy season is from November to March. However, global warming has made the seasons less predictable.

Copyright © Official website of the Ministry of Tourism, Republic of Indonesia