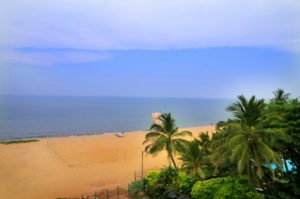 Although Sri Lanka is a relatively small island, it has a diverse collection of landscapes, climates, and natural features. The infamous beaches of Sri Lanka have been attracting visitors for many years. The rest of the island, however, has many more idyllic views.

The central highlands are covered in emerald tea plantations with the occasional waterfall. The cool climate, foggy views and rustic country bungalows are a throwback to bygone times. 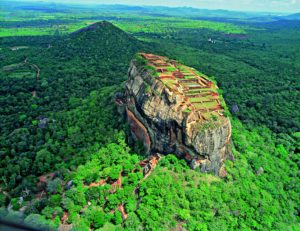 The cultural triangle in the middle of the island holds a certain magic, with ruins from several ancient kingdoms, majestic tanks, hidden rock caves and ancient sacred temples that reveal the fascinating and almost unbelievable ancient architecture, art and technology.

The north of Sri Lanka is a vibrant blend of essences with a unique taste and culture. Although the north still bears the scars of civil war, it is a testament to the diversity and variation that defines the island. Influences are Portuguese, Dutch, Tamil, Muslim and British characters. Island chains with their unique habitats are waiting to be explored. 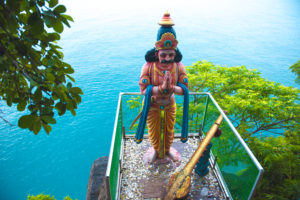 In the east of the island there are lush rice fields, spectacular sunrises and a quieter, more rural life. Colorful places of worship, national parks, harbors and pristine waters offer a pleasant experience for every weary traveler.

With nearly 1,600 km of palm-fringed coastline perfectly baked around the country, Sri Lanka is the ideal destination for beach lovers worldwide. Whether windsurfing, kayaking, sailing, water skiing, diving or lazing around in jute for the perfect tan, Sri Lanka has it all.

The two monsoon winds that bring rain to the two corners of the country at different times make Sri Lanka’s beach vacation a year-round prospect; the northeast winds make the southwest coast sunny and the sea calm from November to March. The southwest wind makes the east coast calm and the constant sun seems happy.

Some of the best beaches in the south include Tangalla, Beruwala, Mirissa, Bentota, and Unawatuna, with options including chic boutique hotels, glowing coral reefs, rolling sandbars, and undiscovered corners of paradise.

Although Sri Lanka’s southern beaches have long been discovered by international travelers, the east coast is not yet fully explored. The most famous of the eastern beaches is Arugam Bay, the high church of surfing enthusiasts in the region. Once just a rumor, Uppuveli beach is open to sun-seekers after three decades of civil war. 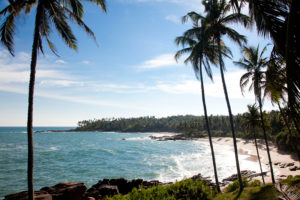 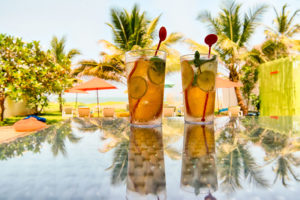 At the western corner of the country north of Colombo is the Negambo lagoon. Its beaches, an old favorite with local and foreign visitors, and the lagoon, famous for the lobster harvest. Galle Face Green, half a kilometer between Galle Road and the Indian Ocean, is the Colombian playground despite the many sandy beaches that surround the country.

With its changing climate and geography gathered on a small island, Sri Lanka offers a range of adventures from the peaks of the mountains to the depths of the oceans. 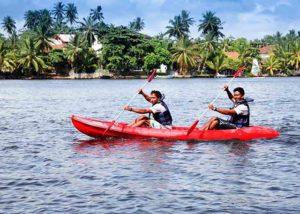 In addition to swimming in the oceans or snorkeling, diving and surfing are among the country’s most popular beach sports. Diving has a long history in the country. Today the oceans filled with coral gardens, a variety of exotic fish and ancient wrecks in Sri Lanka offer one of the best diving experiences in the world. Although surfing is comparatively new in the country, it has made a name for itself on the island’s south and east coasts over the past 25 years. The seas around Sri Lanka are also one of the most challenging areas for deep-sea fishing, while rafting, kayaking, and canoeing are among the country’s relatively new water sports. 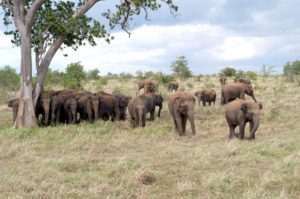 With a multitude of roads that meander through wide mountains, lush green forests, rice fields, parks and sleepy villages, Sri Lanka also offers many options for avid hikers and trekkers. A path that also leads through the tracks and paths on horses or elephants is a new experience that was recently introduced. Experience the thrill of crumbling rocks underfoot, dizzying heights, and sprawling earth as you conquer many of Sri Lanka’s mountains, or take on waterfall climbing with exhilarating climbs like the rock face of Bambarakanda Waterfall, the highest in the country. 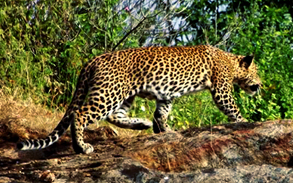 With many adventures just a few miles apart, Sri Lanka is itself an adventure waiting to happen.